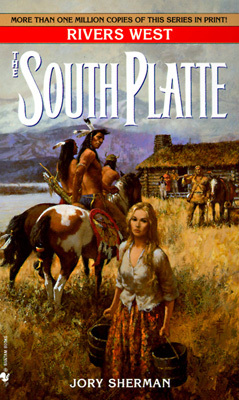 The Van Nelle family settled along the South Platte River in the shadow of the Rocky Mountains. They brought with them their indentured servant, Pauline Stewart. Eighteen-years-old and long passed paying off her bond, Pauline is treated as a slave, her beauty hidden by the ravages of life on the farm. Into this bleak, austere world comes the Van Nelle's first contact with the neighboring Arapaho, on whose land they have settled. Resenting the intrusion, but realizing they must trade to stay on the land, the Van Nelles become frequent hosts to the Arapaho. Soon one of the braves decides to offer for Pauline in trade. Struck by the girl's beauty, both the brave and a young trapper want her for their wife. When gold nuggets become part of the brave's barter, greed shine's brightly from the eyes of the Van Nelle's. They will stop at nothing, not even war, to keep from getting what they want. Caught in the middle, Pauline must find her way between two worlds and a war that could claim all that she holds dear.
Reviews from Goodreads.com