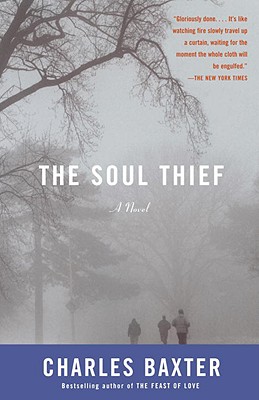 During Nathaniel Mason's first few months as a graduate student in upstate New York, he is drawn into a tangle of relationships with people who seem to hover just beyond his grasp. There's Theresa, alluring but elusive, and Jamie, who is fickle if not wholly unavailable. But Jerome Coolberg is the most mysterious and compelling. Not only cryptic about himself, he seems to have appropriated parts of Nathaniel's past that Nathaniel cannot remember having told him about. It is Jerome who seems to trigger the events that precipitate Nathaniel's total breakdown, and Jerome who shows up 30 years later--Nathaniel having finally reconstituted his life--to suggest, with the most staggering consequences, that Nathaniel's identity may in fact not be his own.
In The Soul Thief, Charles Baxter has given us one of his most beautifully wrought and unexpected works of fiction: at once lyrical and eerie, acutely observant in its sensual and emotional detail and audaciously metaphysical in its underpinnings. It is a brilliant novel--one that is certain to expand both his already-stellar reputation and his readership.
Reviews from Goodreads.com 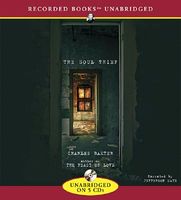