The Soul of the Matter — Bruce Buff 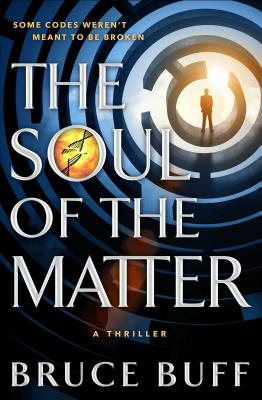 A scientist's claim that he's found the secrets of the universe's origin encoded in DNA sparks a race against time to uncover the truth in this fast-paced thriller of science and faith, power and murder, loss and redemption.

Dan Lawson, a former government cyber-intelligence analyst, is surprised to be contacted by his estranged friend Stephen Bishop, a renowned geneticist. Stephen says that he's discovered amazing information within DNA, including evidence of a creator, and needs Dan's help to protect his findings. Dan is skeptical and wonders whether he is being manipulated, or if the recent illness of Stephen's only child, Ava, has caused his childhood friend to fall back on religion for answers to questions best left to science. Spurred by his desire for proof that life has meaning, however, Dan puts aside his doubts and agrees to help.

When an experiment goes terribly awry, Dan realizes he must get to the bottom of Stephen's discoveries. With the help of Trish Alighieri, a pediatric oncologist trying to save Ava's life, Dan desperately searches for answers -- including whether the human soul can survive science's conquest of nature.
Reviews from Goodreads.com