The Song of the Blood-Red Flower — Johannes Linnankoski 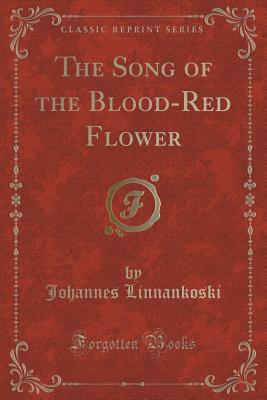 Share:
Juhani Vihtori Peltonen (1869-1913), also known as Johannes Linnankoski, was a Finnish author. His most famous work is the sensual Laulu Tulipunaisesta Kukasta. His primary themes were exploring guilt, punishment and redemption as moral questions. His books have been made into numerous major feature films with the most famous (or notorious) being Hilja MaitotyttÃ¶ (directed by Teuvo Tulio) and Laulu Tulipunaisesta Kukasta - The Song of the Blood-Red Flower - (directed by Mikko Niskanen). The Song of the Blood-Red Flower has also been filmed in Sweden, in three different versions by directors Mauritz Stiller, Per- Axel Branner and Gustaf Molander. Linnankoski was also active in the cultural life of Eastern Uusimaa. He was one of the founders of the bank in Porvoo and also founded Finnish-language schools and daily newspapers such as Uusimaa, the first Finnish-language newspaper situated outside of the major towns of Uusimaa.