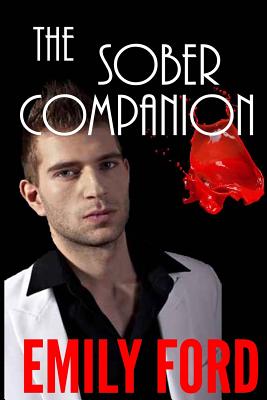 Share:
Emily Ford presents a classy, clever, unique love story set in a society still raw from the Human-Vampire War of the 1960's. Human oppression of vampires is considered the new norm, but things begin to change when a powerful group of live blood drinkers plan a political upheaval of the status quo. For Vampire-Americans to become legal citizens in America, they must successfully complete 6 months of live blood rehab followed by 6 months of 24/7 observation by a sober companion. Elias Alexander, a legendary thousand year-old vampire of celebrity status, decides to give up his illegal vampire lifestyle in order to fit in to American society. After spending his entire life waiting for his true love, Elizabeth, to continually reincarnate due to a witch's curse, only to keep dying in her 25th year of life, Eli is losing hope that he will ever be able to hold on to her permanently. Eric Wayne claims to hate vampires and is court ordered to work as a sober companion to avoid prison time for his violent act against one. Hiding his own self-destructive addiction, he is assigned to the celebrity vampire who he comes to admire as they develop a deep bond that transcends mere friendship. When Eli determines Eric to be the modern day reincarnation of Elizabeth, he is faced with the most difficult decision of his life. He must choose either to save a mortally wounded Eric by turning him into a vampire, or to let him die in hopes Elizabeth will reincarnate again in her original form. The definition of love is put to the ultimate test as Eli and Eric struggle to fight for what is right amid a hostile world of oppression and corruption, meanwhile learning to depend on each other to survive.