The Snow on the Hills — Mary Wibberley 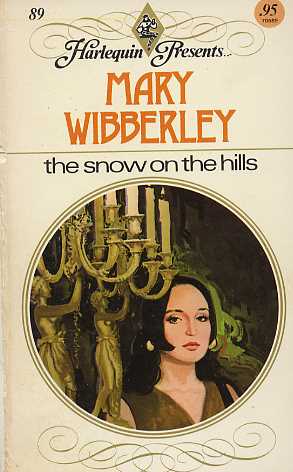 Vanessa was used to turning men's heads -- but perhaps she was a little too complacent about her ability to attract them when she crossed swords with the masterful Callum Grayne.

Their very first meeting had hardly given him a good opinion of her, and as they, unavoidably, began seeing a lot more of each other his attitude became even more uncompromising. He didn't trust her; he suspected her motives for taking this job in the Highlands, working for elderly Mr. Maclean, and he was determined not to let her use her beauty to deceive him as well.

Up to a point Cal was right about Vanessa, but she had, she thought, the best of reasons for her deception. And anyway, what did it matter to her what that odious Callum Grayne thought of her?
Reviews from Goodreads.com