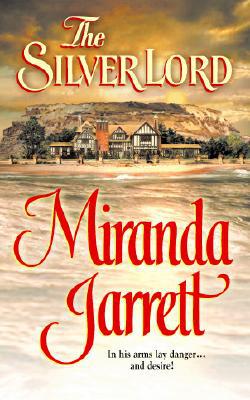 On the surface, Fan Winslow appeared to be the prim and proper housekeeper of Feversham Hall. In actuality, she was secretly heading a notorious smuggling gang based off the rambling estate's stormy coast. The arrival of Feversham's new owner, Captain Lord George Claremont, however, threatened to ruin her thriving business.

Having lived down the shame his rakehell father had brought upon their family, George Claremont lived by his honor and the kingdom's laws. Dubbed the Silver Lord for his feats in battle as much as for his sterling reputation, the celebrated navy hero was duty bound to stop any and all illegal activity on his property...even if the villain was a mysterious beauty with eyes no man could resist. Would turbulent passion be enough to forever unite lovers on opposite sides of the law?
Reviews from Goodreads.com