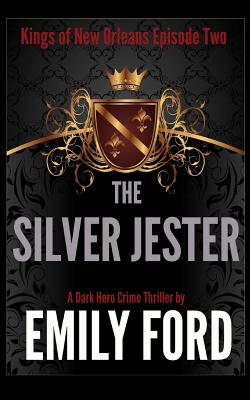 Share:
The vigilante crime thriller continues as the players in the New Orleans crime network slowly reveal themselves. At the mercy of the French Quarter King's orders, the Black Jester spins out of control as he adheres to a schedule of policing the streets, gaining reconnaissance, and inflicting mayhem when the need arises. The Blue Jester fears his friend is hallucinating when he claims to see the fleeting image of an Army soldier everywhere he goes. But hallucinations turn out to be actual sightings of a new key player in the mission: The Silver Jester. The Silver Jester is in town for one specific reason: Rose White. Neither Hell nor high water will stop him from getting to her, and he is prepared to wage war on anyone standing in his way. Proving to be perhaps the most lethal member of the team, the Black Jester may have met his match in both ruthlessness and purpose. The question becomes: will they team up to save her, or will they destroy each other? Meanwhile, hostage Rose White gets an inside view of the Gold Jester's mind, and learns about the Kings and the birth of the mission. In the process, she becomes self-aware of a burning inner desire to join the Jesters' fight against corruption and atrocities. And, a frustrated Detective Jenkins struggles to digest his involuntary meeting with the Jesters and feels even more compelled to bring them down, but decides not to discount the Jesters' warning that a lethal entity within the city's government seethes with corruption.