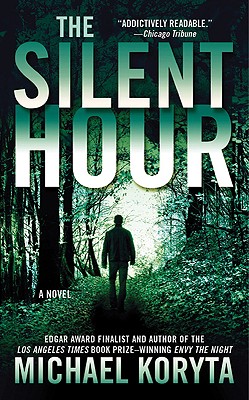 Share:
Fresh off the critical acclaim of his Los Angeles Times Book Prize--nominated Envy the Night, Michael Koryta returns with a blistering new installment in the Lincoln Perry series.

So reads the strange epitaph carved beside the door of the home called Whisper Ridge, a multimillion-dollar piece of architectural majesty that once housed the beginnings of a unique program for paroled murderers. The program never got off the ground, however, despite how passionate a woman named Alexandra Cantrell, daughter of a notorious Mafia don, and her husband, Joshua, had been about it. Still uninhabited twelve years later, the house remains as a strange monument to dangerous secrets, falling into ruin as the forest grows up around it.

While the couple's abrupt exit was unusual, it was also not regarded as suspicious--until the bones of Alexandra's husband are found buried in the woods.

Private investigator Lincoln Perry isn't thrilled about the situation, or his client: Parker Harrison served fifteen years for murder but claims Alexandra's intervention saved his life. Now he wants to find her---and he's not the only one.

What seems at first like the simplest of jobs proves to be an undertaking that will challenge both Perry's abilities as a detective and his commitment to that calling. With a new partner to train and a case that leads straight to the heart of the Cleveland organized crime scene, Perry finds himself glancing over his shoulder at every turn, pushing the bounds of safety even as he backs away.

Once again Michael Koryta has crafted an intricate, lightning-paced thriller, ratcheting up the tension as he explores just how dangerous the offer of a second chance can be. The latest installment in the Lincoln Perry series, which the Chicago Tribune calls "addictively readable," marks another step forward in his incredible career.