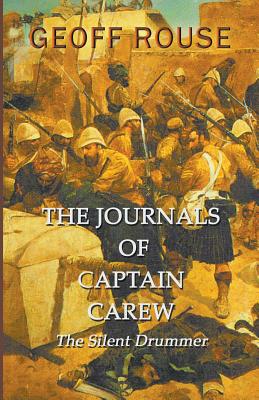 
The Czar wants India. Britain is resolved to keep it and between the lion and the bear lies the chaos of 19th century Afghanistan, a British envoy is murdered. A fantastically valuable jewel goes missing in the mountains and the Khyber Pass lies burning with the flames of tribal and imperial conflict. Through this a drummer boy, struck dumb with fear, staggers out of the mountains unable to tell of the horrors he has seen or the secrets he carries. A band of bloodied and scarred soldiers are ordered across the north west frontier to beat the Czar’s agents and prevent a major war by throwing themselves into a vicious imperial adventure.
Meanwhile a wagonload of runaway women scramble into the mountains to escape the wrath of the British army and local bandits. Hate and humour go hand in hand and the soldiers’ callous brutality is matched by their gallows wit and sarcastic resignation to their fate. Carew and McBride face bloody battles with the enemy and with their own emotions while the outrages of imperial war and human degradation tear into the minds of the soldiers and the women in one of the bitterest and most unforgiving lands that blood ever flowed over.