The Silence of the Rain — Luiz Alfredo Garcia-Roza 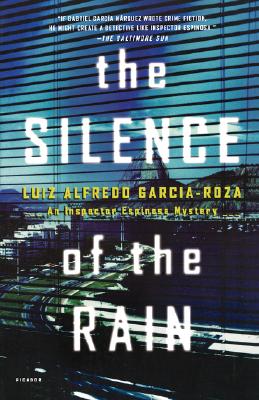 In a parking garage in the center of Rio de Janeiro, corporate executive Ricardo Carvalho is found dead in his car, a bullet in his head, his wallet and briefcase missing. Inspector Espinosa is called in to investigate the apparent robbery and murder, but the world-weary Espinosa knows that things are not always as they seem. Carvalho's recently acquired one-million-dollar life insurance policy and the subsequent disappearance of his secretary Rose complicate matters―as does Espinosa's attraction to Carvalho's beautiful widow, one of the suspects. And when two more people turn up dead, Espinosa must speed up his investigation before anyone else becomes a casualty.