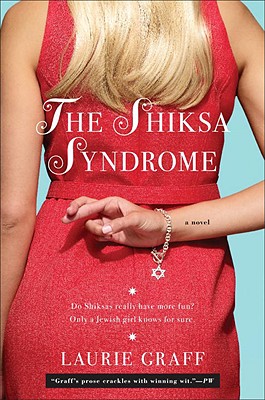 
Manhattan publicist Aimee Albert knows a good spin, but she's the one who winds up reeling when her gorgeous, goyishe boyfriend breaks up with her--on Christmas! For a stand-up comedian, you'd think he would have better timing. But Aimee's not about to let a man who doesn't even have a real job get her down. She dusts herself off and decides to seek companionship with a member of her own tribe. There's just one problem: all the shiksas are snapping them up!
So when the very cute, Jewish, and gainfully employed Josh Hirsch catches Aimee's eye at a kosher wine tasting and mistakes her for a shiksa, what's a girl to do? Hey, her heart was broken, not her head! Unfortunately, the charade goes on longer than Aimee planned, and her life becomes more complicated than a Bergman film. To make matters worse, Josh and Aimee aren't exactly on the same page as far as their attitudes toward Judaism go, creating tension in the relationship. But as Aimee begins to discover that her identity isn't as easily traded as a pair of Jimmy Choos, she must decide if having the man of her dreams is worth the price of giving up so much of who she is.