The Shepherd of Weeds — Susannah Appelbaum 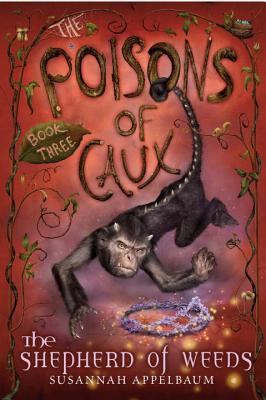 Share:
Back in the Kingdom of Caux after her journey to its sisterland, Ivy wakes up in a dismal orphanage alongside her friend Rue. Accompanied by a strange woman named Lumpen -- who looks suspiciously like a scarecrow -- the girls make their way back to Templar to plan a massive battle against the Tasters Guild, where Vidal Verjouce is making ink out of the deadly Scourge Bracken weed. Rocamadour grows darker and more dangerous with every drop.

With an army of scarecrows, a legion of birds, and her friends and uncle by her side, it's up to Ivy -- the true "Shepherd of Weeds" -- to wage war against the Guild, defeat her own father, and restore order to the plant world. Susannah Appelbaum's imagination soars in this stunning and utterly satisfying final volume of the Poisons of Caux trilogy.