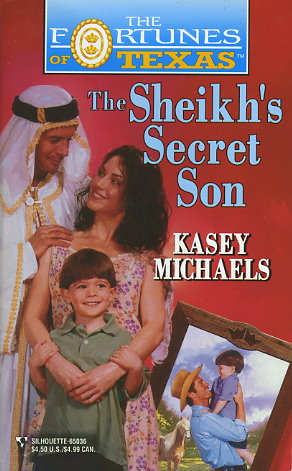 The Fortunes of Texas: Membership in this family has its privileges... and its price. But what a fortune can't buy, a true-bred Texas love is sure to bring!

She'd been swept away by his passionate caresses, losing her heart to a man who chose his country over her love. For Eden Fortune, forgetting Sheikh Ben Ramir was impossible -- she had borne his son. The single mother had fiercely guarded her secret... until the day Ben returned, demanding the truth. She knew the prominent ruler had a duty to produce an heir for his throne, and feared Ben's only interest was in claiming his child. Yet as the lord of the desert tempted her long-hidden desires, promising to stay with her forever, Eden vowed never to surrender her soul until Ben put THEIR family first!
Reviews from Goodreads.com