The Seven of Calvary — Anthony Boucher 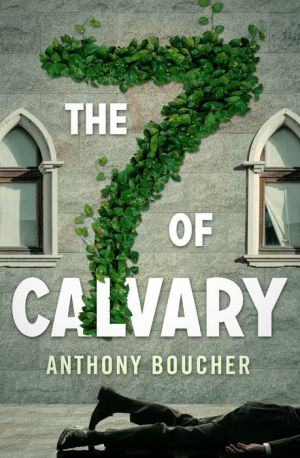 A professor and a graduate student search for a campus killer in this Golden Age mystery from the author of Nine Times Nine and “a fine craftsman” (Ellery Queen).

On the quiet Berkeley campus, a visiting professor has been murdered. Someone stabbed Dr. Hugo Schaedel through the heart with an ice pick, and the only clue found on the scene is a strange symbol scrawled on a crumpled piece of paper.

Research fellow Martin Lamb is intrigued by the case and mentions it to his Sanskrit professor, John Ashwin. Together they hope to deduce who did the deed, but with no clear motive, it won’t be easy. They’ll need to quickly comb the campus for clues and hit the books—before the killer hits again . . .
Reviews from Goodreads.com