The Senator and the Sin Eater — William J. Buchanan 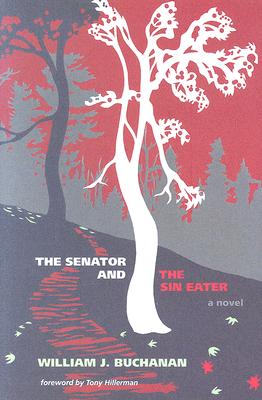 Seneca Falls, West Virginia, is a picturesque town. Tucked between the foothills of the Blue Ridge and Allegheny Mountains, it lives in the shadow of the Dunning and Munroe families, mining moguls who have competed for coal in the region for generations. It is a place Joshua Chac n would rather forget. The scorned biracial stepson of the Dunning dynasty, Chac n has acquired a national reputation and a Pulitzer Prize for his books revealing political skullduggery. Drawn back to the hometown he abandoned by news of the mysterious murder of his half brother, Senator Stewart Dunning, Josh soon becomes entangled in a murder plot thick with the power politics of the ruling families of West Virginia's mining country.

"Any time you pick up a book with Bill Buchanan's name on the cover, there is one thing of which you can be certain: Colonel Buchanan always deals with his characters kindly and gently. The Senator and the Sin Eater, his last book before his death, provides a perfect example of this. . . . It] is much more than a murder mystery. It is an examination of what sometimes goes wrong in a small, friendly town."--Tony Hillerman, from the Foreword
Reviews from Goodreads.com