The Secret of Platform 13 — Eva Ibbotson 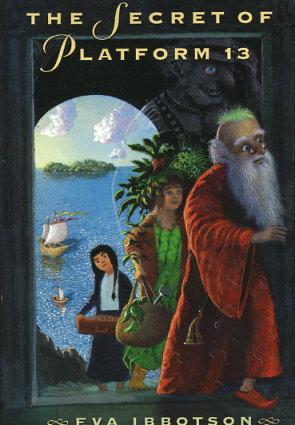 Under Platform 13 in one of London's busiest train stations is an old doorway covered with peeling posters. Behind is the entrance to a magical kingdom -- an island where humans live happily with mermaids, ogres, and mysterious creatures called mist-makers. When a beastly woman named Mrs. Trottle kidnaps the island's young prince, it's up to a strange band of rescuers to find him, save him, and return him to the King and Queen. But can the rescuers -- an ogre, a hag, a wizard, and a fey troop around London unnoticed? And what if the Prince doesn't want to go back?