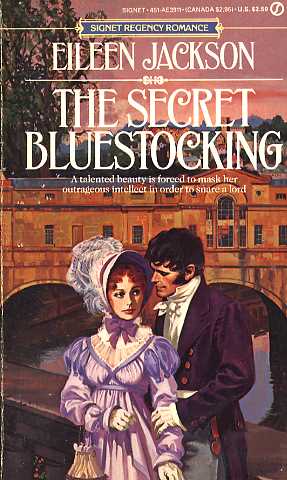 On the surface, Miss Emma Waring seemed a most proper young lady. True, her hair was a rather unfashionable reddish-gold, and at times a spark of deviltry marred her studiously innocent gaze. But all in all, Emma obeyed the proprieties as she followed her family's injunction to snare a husband in the London marriage mart.

Unfortunately, Emma had a serious handicap in competing with the simpering young Misses. Emma not only had brains but used them to write books and verse that enjoyed a scandalous success when published under a false name.

Clearly Emma could afford to let no one pierce her demure disguise and expose her as a blatant bluestocking. Especially not the celebrated and sought-after Viscount Kinver, who alone had the power to lure Emma's inordinate intelligence to the surface and to stir her heart into folly...
Reviews from Goodreads.com