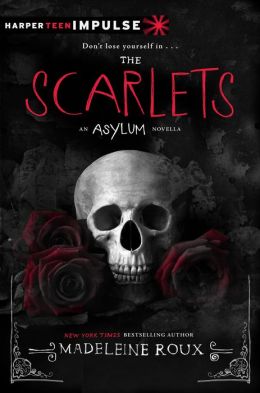 In this chilling e-original story set in the world of Madeleine Roux's New York Times bestselling novel Asylum, which Publishers Weekly called "a strong YA debut," one teen's descent into the ranks of a secret society leaves him with a secret he'll have to take to his grave.
When Dan and his friends meet Cal in Sanctum—the sequel to Asylum—their impression of the privileged New Hampshire College student is less than stellar. But Cal wasn't always the cold, sarcastic guy he is now. In this digital original story preceding the events of Sanctum, we meet Cal when he is experiencing college like any other kid with a group of close friends and a dad who piles on the pressure. Only, when the pressure starts getting to him and Cal accepts an invitation to meet a selective group of students and alumni known only as the Scarlets, the course of Cal's life changes forever. And the price of joining the Scarlets might be higher than he can pay.
With plenty of twists, turns, and thrills, The Scarlets is an exhilarating installment in the Asylum series that can stand on its own for new readers or provide a missing piece of the puzzle for series fans.
Epic Reads Impulse is a digital imprint with new releases each month.
Reviews from Goodreads.com