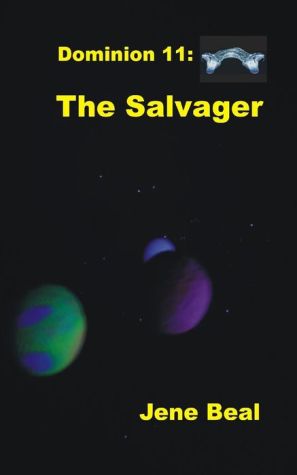 Dominion 11: The Salvager, a book by Jene Beal Jethro takes the identity of a deceased ship salvager. He uses the dead man’s shop to hide in, while he investigates and prepares for the confrontation with his enemies. Jethro becomes the hunter and targets the “Colonel” and anyone in his employ. He is still learning about the conspiracy when the salvager’s widow shows up. He soon realizes that she is a spy, but he cannot tell if she is a friend or an enemy. The Salvager is the 11th full length novel in the Dominion series. The Salvager is a fast paced futuristic Science Fiction / Action Thriller.
Reviews from Goodreads.com