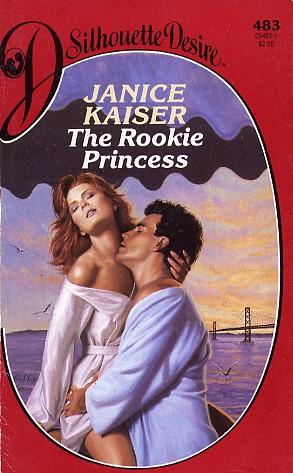 THE FOOTBALL WORLD WAS STUNNED!

So was child psychologist and former Homecoming Queen Hillary James when she was named acting owner of the San Francisco Schooners. After all, she'd only seen one pro game in her entire life--she didn't know a half-back from half-time!

Schooners coach, Nick Bartlett, had saved the team from obscurity and wanted to own it himself. He couldn't believe a woman the press had dubbed "The Rookie Princess" was now his boss! But when he met Hillary his feelings soared like a football on a touchdown pass. Then rumors about Nick's professional ambitions surfaced, arousing Hillary's suspicions, and he wondered if their love could go the distance.
Reviews from Goodreads.com