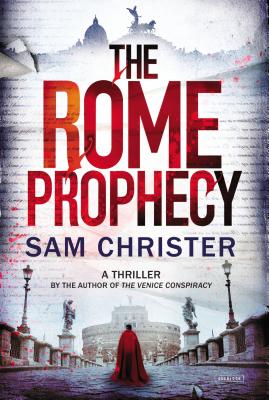 A woman has been arrested in the streets of Rome. She's young. She's beautiful. She's covered in blood. And she claims to be an ancient prophet in search of a mystical amulet hidden within the city. Ex-priest Tom Shaman teams up with a headstrong policewoman to unravel the mystery. But within Rome's churches and corridors of power, stealthly enemies are conspiring against them. And soon, the woman's deadly visions begin to come true. Tightly plotted and relentlessly suspenseful, The Rome Prophecy, is a satisfying, electrifying thriller, perfect for fans of James Rollins and Dan Brown.
Reviews from Goodreads.com