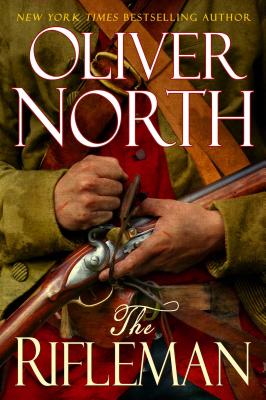 The man who has “been there, done that” in other wars immerses you in a ripping saga of courage, tenacity, and intrigue torn from the pages of a Revolutionary War soldier's journal. Nathaniel Newman is a volunteer with Morgan's Riflemen, an elite infantry unit of Virginia sharpshooters who fought with the cutting-edge military technology of the day: long rifles. As North turns the pages of Nathaniel's captivating diary, he reveals how the struggle to forge a new, independent nation was nearly lost by traitors, cowards, and the faint of heart.

Brother against brother, friend against friend, neighbor against neighbor, this sweeping and meticulously researched novel of our nation's fight for liberty explores the bravery and perseverance of those who fought and won the bloody battles -- and how treachery and betrayal threatened victory in a brutal test of arms.