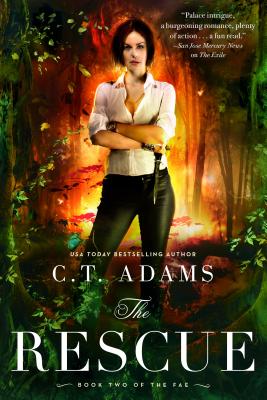 Brianna is half-human, half-Fae, and now that her father is dead, High Queen of Faery. But the throne has been usurped by an ancient enemy, so thousands of faeries, brownies, members of other mystical races, and even a few dragons, have fled to Earth.

Learning that her half-sister has been murdered and her best friend kidnapped makes Brianna more determined to attack the lands she once called home. But as Queen, she must also take care of her subjects as they struggle to stay concealed from humans.

Tensions rise in this urban fantasy as Brianna explores the limits of her magic and both sides prepare for war.
Reviews from Goodreads.com