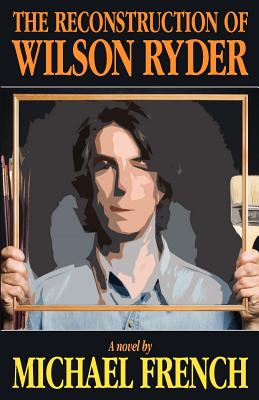 Share:
Life for five-year-old Will Ryder is defined by a face left disfigured by fire. Though his English professor father and precocious sister comfort and support him, the mother who abandoned them all can never be forgotten. Growing up, Will believes that looking at him is what drove her away. When a psychologist urges him to explore his memory of the fire, he chooses instead to suppress its pain and trauma. Will takes up painting for both solace and a refuge from bullying at school, and finds a path that offers a different kind of struggle -- to find his own identity as an artist and a man. His talent brings his mother, now a famous abstract expressionist, back into his life, and he discovers the real reason she fled from her family. Despite warnings from his father, he allows her role in his life to grow, leading to unexpected opportunity and a strange bond shaped by the artistic fires that drive them both. Struggling to develop his ability, he must choose between the philosophies and ideals of his two very different parents -- the father who raised him with loving care and the mother who considers feelings and emotions only roadblocks on an artist's creative path. Will's talent grows as he acts out his anger. Struggling in the competitive art world of Chicago and New York, he desperately seeks his mother's love and acceptance but instead must live with the only help she is able to give: subsistence money and the harsh counsel that has painfully shaped her own life. An artist's true way, she insists, must be through adversity. A brutal physical attack that leaves his family in crisis, and an eccentric girl whose strange wildness he comes to love, help lead Will to a series of bold, cathartic, searingly honest self-portraits -- embracing the face he's always run from.