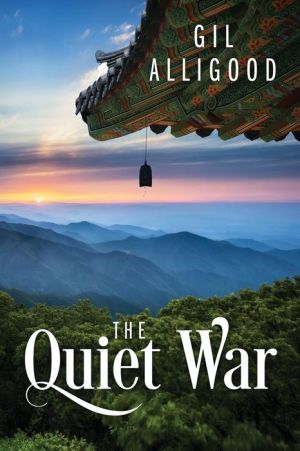 A major disaster at JFK Airport in New York that killed people and destroyed aircraft alarmed the nation, but also emphasized the necessity to eliminate any opportunity for cyber hackers to control computers and any digital systems in use anywhere. President of the United States, Ray Gill, had appointed Craig Johnson as Secretary of the Treasury, and his wife Kitty Johnson as chief analyst in the department. Hacks into various financial records, and the theft of funds from various company investment accounts, further emphasized opportunities for physical disaster as well as major financial crimes that could even devastate the economy of nations.
After completing his second term as president of the United States, Ray Gill partnered with Craig and Kitty to develop a company, Magneticus, build a large facility, and create innovative software and hardware that could control any cyber system anywhere. They developed systems that could amplify sound waves and direct them at any electrical system and destroy its ability to function.They developed a system to amplify sunlight up to one-million times its natural capacity in a greenhouse effect. Those systems were intended for use on American drones and aircraft to immobilize any war-making equipment of any nation that demonstrated aggression.
In retribution for actions of Russia and North Korea, the United States hacked and entered communication systems in Russia and North Korea that demonstrated the capacity of the United States to control rogue country intentions to disrupt communications and create disasters. In retribution, North Korea attempted to invade South Korea. As North Korean aircraft prepared to take off and attack South Korea, American air power used the Magneticus systems to immobilize all land and air military equipment. The war was stopped even as it began with no shots being fired.
When Iran determined to fire seven nuclear armed missiles into Israel, the United States again used Magneticus airborne equipment to destroy the missiles as they were preparing to leave their launch pads. Again, the attempt at war was quieted.
This novel is a work of fiction. It introduces scientific concepts in a science fiction mode that offer real possibilities for development.
About the author: Gil Alligood retired from a profession of consulting engineering and began writing novels. He also retired as a pilot and colonel in the United States Air Force. He flew all over the world and in several areas of military conflict. His sensitivity to the loss of life in wars inspired him to develop the concept of the quiet war. He is a Christian, teaches Sunday School and uses those principles in conduct of his characters, particularly Craig and Kitty. They always are concerned about the morality of their actions and the effect on people. He still flies his Piper Arrow airplane. He and his wife use it for pleasure and travel. Previous novels he has published are, The Devil's Pace, Dark Paths to Light, Team Alpha and Firsthand Knowledge.
Reviews from Goodreads.com