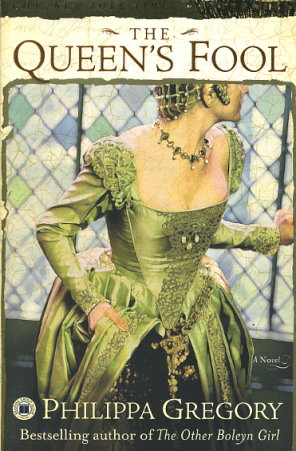 Share:
A young woman caught in the rivalry between Queen Mary and her half sister, Elizabeth, must find her true destiny amid treason, poisonous rivalries, loss of faith, and unrequited love.

It is winter, 1553. Pursued by the Inquisition, Hannah Green, a fourteen-year-old Jewish girl, is forced to flee Spain with her father. But Hannah is no ordinary refugee. Her gift of "Sight," the ability to foresee the future, is priceless in the troubled times of the Tudor court. Hannah is adopted by the glamorous Robert Dudley, the charismatic son of King Edward's protector, who brings her to court as a "holy fool" for Queen Mary and, ultimately, Queen Elizabeth. Hired as a fool but working as a spy; promised in wedlock but in love with her master; endangered by the laws against heresy, treason, and witchcraft, Hannah must choose between the safe life of a commoner and the dangerous intrigues of the royal family that are inextricably bound up in her own yearnings and desires.