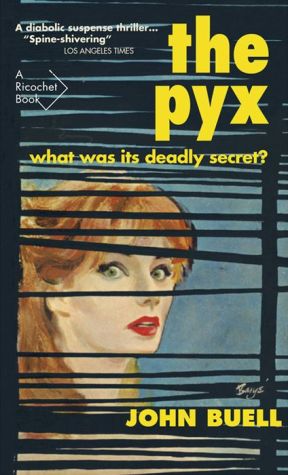 When heroin-addicted call girl Elizabeth Lucy dies in a fall from a swanky penthouse terrace, homicide detective Henderson is assigned to the case. Was it murder? Suicide? Through his investigation, Henderson uncovers a frightening underworld that is far more dark and dangerous than those of prostitution and the drug trade. But more than anything, this is Elizabeth’s story. Told through flashbacks and those who knew her, a life unfolds that ends with a struggle unlike any other. A masterful debut, The Pyx has earned considerable praise in Canada and abroad. It served as the basis of the feature film of the same name starring Karen Black and Christopher Plummer. The Pyx was first published by in 1959 and for three decades has enjoyed numerous translations and editions before going out of print in the early ‘90s. This Ricochet Books edition marks the first in a quarter-century.
Reviews from Goodreads.com