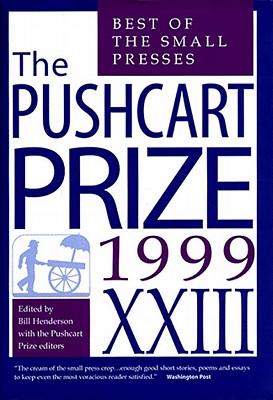 Now in its twenty-third year, The Pushcart Prize is one of the grand monuments of the American literary scene, yet it never fails to surprise, provoke, and delight readers. The short stories, essays, and poems are selected from literary magazines and small presses across the country, and represent the most exciting and innovative writing in America today. In the best Pushcart tradition, this fascinating volume combines the work of today's luminaries with a host of new talents, creating a wholly original amalgam of diverse voices -- "an anthology of literature to nourish the human spirit" (Milwaukee Journal).
The most honored literary series in America, The Pushcart Prize has won the Carey-Thomas Award, has been selected several times as a notable book of the year by the New York Times Book Review, and has been chosen for many Book-of-the-Month Club and QPB selections. Recently, Pushcart Press and its Prize were named among "the most influential in the development of the American book business over the past 125 years" by Publishers Weekly.
Reviews from Goodreads.com