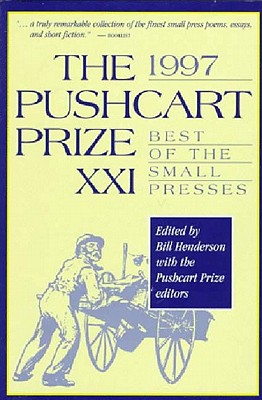 In 1980, thirty-nine-year-old Bill Henderson promised his dying mother that he would finally settle down and have a family. It was a promise to grow up, to make the transition from son to father. Four years later, his daughter was born. Her Father is the story, told with astonishing candor and self-deprecating humor, of a belated coming of age. Here Henderson, the founder and publisher of the Pushcart Press, traces his journey to fatherhood in painstaking and hilarious detail. He begins in the 1970s, with his freewheeling life as a struggling small publisher and man-about-New-York-City in the heyday of sexual freedom. He describes meeting his wife at a cocktail-soaked book launch party, their move out of the city to a "shack" on Long Island, the ups and downs of their relationship, and their initial ambivalence about having a child. Ending with the hilarious misadventures leading to the birth of their daughter and cameos of her early years, Her Father is a highly personal yet universally familiar account of one man's passage to adulthood and concurrent spiritual reawakening.
Reviews from Goodreads.com