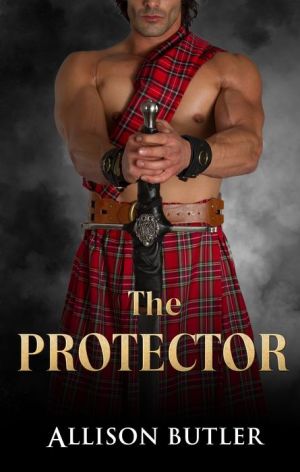 Share:
The Scottish Highlands meet The Bachelorette in this new historical romance from Allison Butler…
Heiress of clan Gordon, Mairi has been given a gift: the choice of her husband. Her father has found three worthy suitors and each is coming to the Keep. She will spend time with every man and make her decision. But love is not a luxury Mairi allows herself: she is driven by duty, driven by the memory of the failure eleven years earlier that cost her father everything. She will choose a worthy husband, one who will serve the clan wisely, and take nothing for herself – especially not the dark–haired stranger tasked with her protection while she makes her decision.
Lowlander Duff may not know his origins, but he knows how to wield his sword. Granted one year's leave from his duties to the Elliot Clan, Duff travels to the Highlands in search of his past. Instead he finds an arrogant beauty in need of rescue. Impressing her father, the head of clan Gordon, he is named her temporary protector and must keep her safe as she is courted by three potential husbands. What Duff doesn't expect is the low hum of jealousy and the rising wave of attraction that makes protecting Mairi easy, but keeping his distance impossible.
Allison Butler kicks off a brand new Scottish Historical series with brave lowland warriors, spirited highland brides, and what exactly goes on underneath those kilts.