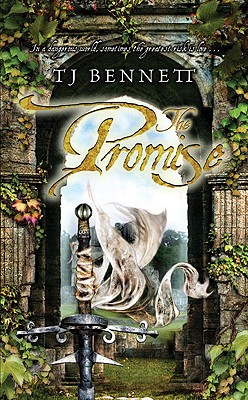 A sacred pledge and a gypsy's curse drive this medieval love story. Gunter Behaim, a professional soldier in the service of Emperor Charles V, has been hardened by betrayal and disloyalty in his life, and he has sworn to make few promises of his own and keep those until death. When his closest friend is mortally wounded on the battlefield, however, Gunter pledges to marry the other man's betrothed and keep her safe. That woman turns out to be a Spanish beauty named Alonsa Garcia de Aranjuez, but she will have no part of such an agreement. Trying to keep his promise, Gunter uses every weapon in his romantic arsenal to convince the reluctant woman to marry him, and he begins to love her very much. Meanwhile, Alonza is falling in love too, but she dares not reveal her feelings because she is under a curse that brings misfortune to any man who loves her. As war draws near and danger surrounds them, the couple has to make a crucial decision: accept their fates or risk everything to be together?
Reviews from Goodreads.com