The Price of Liberty — Keir Graff 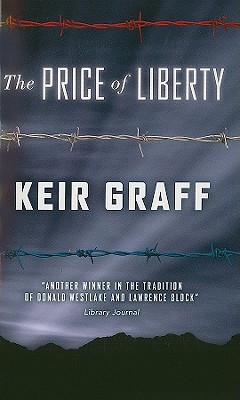 Share:
It's a new day in America--but old contracts must still be paid.

Jack McEnroe is a construction worker with an unusual job: building a prison for terrorists. Like his neighbors in Red Rock, Wyoming, Jack isn't particularly concerned about politics. In a depressed rural economy, he's just grateful to have a job.

Jack's boss, Dave Fetters, is grateful, too: he has a no-bid, cost-plus contract issued by the previous administration. It's his last chance to get rich, and he's making the most of it.

But Dave is cooking the books, passing inflated costs along to defense contractor Halcyon Corporation--and Jack's ex-wife, Kyla, plans to blow the whistle. Suddenly, everyone Jack cares about, including his two young children, is in danger.

As the first winter snows fall in the rugged mountains, Jack must navigate a razor-wire labyrinth to rescue those he loves. And the true price of liberty, he discovers, is paid not in dollars, but human life.