The Ping of the Seas — Ken Robbins 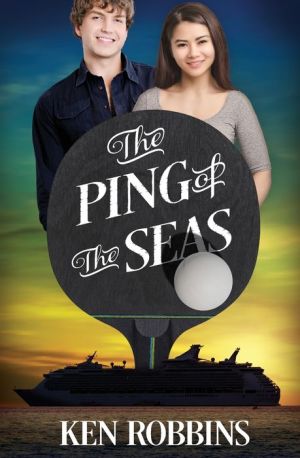 
Sixteen year old Mark Linderman excels at table tennis. There is no competition for him in the remote town of Chinook, Montana, and not one sanctioned club exists in the state. Shunned at school, he relegates himself to practicing entirely against ball machines in his garage, for hours. His father detests his rejection of traditional sports, but his mom is supportive. To ease the family tension, Mark’s adventurous aunt in Naples, Florida arranges for him to stay with her for the summer, presumably to play in the clubs there. She has other plans, which take a turn when the duo meet wealthy and eccentric table tennis club owner Scott Kobara. Kobara desperately seeks to develop an American player who is capable of defeating the ever-dominant Chinese.
Mark's talents take him into Kobara's web. He finds love and acceptance far from his parents and the confines of his Montana garage. After secretly training under a pair of dream team coaches, he is launched into the international spotlight. The upcoming 50th anniversary of Ping Pong Diplomacy is scheduled to take place on American soil in 2021, but the landmark competition faces uncertainty when Kobara's underhandedness comes to light.