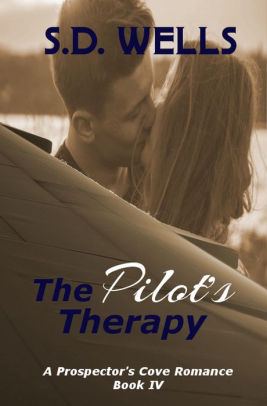 Share:
The Pilot’s Therapy
Chase Summersby is a 38 year old Pilot recently retired from the United States Air Force. On his last flight he is injured during a crash and told he would need at least four months of therapy to get his left knee back to normal. He wants to start a transport service in his cousin’s home town in Texas and his mother offers to invest in his venture. However, she has one condition that he must meet. One in which he is determined to ignore.

Emma Whitman is a Physical Therapist and volunteers to go to the small town of Prospector’s Cove to get away from her controlling uncle and the man she is supposed to marry. A marriage she never agreed upon and one she will run and hide from. She must marry before her 25th birthday or lose her trust fund and a valuable locket that had belonged to her mother.

When they first meet, Chase is obsessed with getting her in his bed and Emma becomes irritated at his constant flirting. When Chase finds out about the conditions of the trust he offers to marry her. Her only conditions are to make it a marriage of convenience and keep it short. Can they temper their desire and keep from falling in bed? Can Emma protect her heart? Can this be the therapy that this lonely pilot needs?