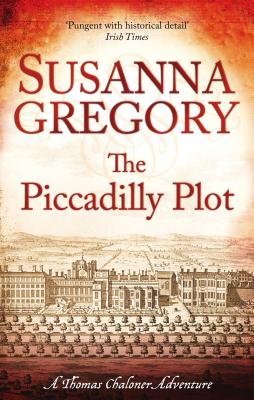 Thomas Chaloner is relieved to be summoned back to London after his master, the Earl of Clarendon, sent him to Tangier to investigate a case of corruption. Chaloner will be glad to be home and reunited with his new wife, but the trivial reason for his recall exasperates him—the theft of material from the construction site of Clarendon's embarrassingly sumptuous new house just north of Piccadilly. Within hours of his return, Chaloner considers these thefts even more paltry as he is thrust into extra investigations involving threats of assassination, a stolen corpse, and a scheme to frame the Queen for treason. Yet there are connections from them all that thread through the unfinished Clarendon House.

This is a highly complex historical espionage book. As usual Ms. Gregory uses her impeccable historical knowledge to craft a story around actual real historical people. She peoples each book with her own characters and the two mix and mingle, plot and counter-plot seemlessly. This book is a real page-turner. Chaloner is on his most dangerous mission ever and he's forced to face off against some truly evil villains. The setting is London 1860's. The Restoration is in full swing and King Charles is firmly on the throne. Chaloner is working on four separate mysteries, but the more he digs into them, the more they appear to be connected. And as he gets closer to unmasking the villains, his life is put in danger, not once, but several times. Ms. Gregory's main strength is her impressive plotting skills. This story has more twists and turns than a Victorian labyrinth. I invite all to climb aboard the Thomas Chaloner train if you love historical mysteries. This is one of the best series out there. I love it just as much as her Matthew Barholomew series which I also read faithfully.