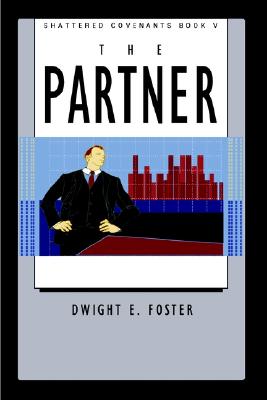 Share:
Book V, The Partner, is the fifth book in a cycle of seven novels entitled Shattered Covenants. Shattered Covenants narrates the formation, rise, decline, and fall of McKenzie Barber, a global management consulting firm.Previously published books in the cycle include;Present & Past ImperfectThe Road to McKenzie Barber The ConsultantThe ChairmanThe Partner guides the reader through a six year period (1978 to 1984) in the history of McKenzie Barber and concludes with the end of Ernie Grey's 24 year reign as Chairman and Senior Partner of McKenzie Barber. What was planned as a smooth transition in leadership results in McKenzie Barber's first contested Chairman election. A dissident group of Partners orchestrated by the villainous Clyde Nickerson propose Buzzsaw Pritchard as a candidate to Hamilton Burke III, Ernie's choice as his successor. Burke's leadership image is tarnished by the under performance of several boutique consulting firms which were acquired as part of McKenzie Barber's growth plan for the 1980's. Buzzsaw Pritchard's Federal Service Operations (FSO) has become a key profit contributor in contrast to the cover-up efforts of Burke's Enterprise Group of newly acquired boutique consulting firms.Ernie Grey has become involved in acrimonious divorce proceedings and Toni Alter has become his mistress. Book V, The Partner concludes with a contested Chairman Election that the press references as the Battle of Boca Mirage. Joe Baxter has been elected a Partner and is tapped by Hamilton Burke as his 'special project' consultant. In addition Baxter is struggling to gain the leadership position for the Executive Compensation practice following Frank Alvardi's resignation to return to McKenzie Barber's arch consulting firm rival, Robson Allen & Harbridge. If Burke is elected Chairman, Baxter's career positioning with McKenzie Barber is secure. Burke becomes a loser in the election vote, resigns, and Baxter is left alone with a new regime intent on settling old scor