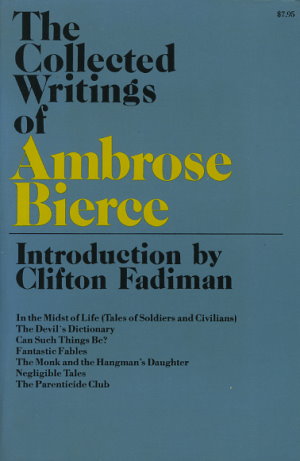 Share:
Having murdered my mother under circumstances of singularatrocity, I was arrested and put upon my trial, which lasted sevenyears. In charging the jury, the judge of the Court of Acquittalremarked that it was one of the most ghastly crimes that he hadever been called upon to explain away.At this, my attorney rose and said:May it please your Honor, crimes are ghastly or agreeable onlyby comparison. If you were familiar with the details of my client'sprevious murder of his uncle you would discern in his later offense(if offense it may be called) something in the nature of tenderforbearance and filial consideration for the feelings of the victim.The appalling ferocity of the former assassination was indeedinconsistent with any hypothesis but that of guilt; and had it notbeen for the fact that the honorable judge before whom he wastried was the president of a life insurance company that took riskson hanging, and in which my client held a policy, it is hard to seehow he could decently have been acquitted. If your Honor wouldlike to hear about it for instruction and guidance of your Honor'smind, this unfortunate man, my client, will consent to give himselfthe pain of relating it under oath.