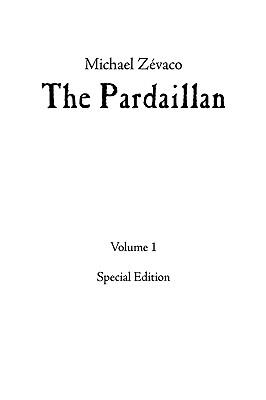 Share:
Even though it is one of the best-known novels of Michael Zévaco, The Pardaillan remains unknown in the English-speaking world. It was originally written in French and then translated to Spanish where movies were made in both languages from a script based on the novel of The Pardaillan. The story begins on the land of Margency, in the Island of France, in 1553. The event that tells the story of the Pardaillan is the secret marriage of Francis of Montmorency, son of the constable Anne, with Joan of Piennes, the daughter of a vassal just despoiled by his father. Francis is ordered by his father to leave for war within hours of the wedding. His brother Henry, in love with Joan, delivers her the news. In his absence and unbeknown to him, his daughter Louise is born. The day when Francis returns, Henry kidnaps the baby with the help of his swordsman, the knight of Pardaillan. Next, he forces Joan to go along and let him denounce her as adulterer under the pain of death to the girl. Francis disowns Joan, and after a fight with his brother, leaves for Paris. Meanwhile, Pardaillan has a change of heart and returns the girl to her mother. Without revealing his name to her, he told her that the kidnapper's name is Pardaillan. As soon as the child was returned and afraid of Henry's reprisals, Pardaillan leaves toward Paris, taking with him his son John. Meanwhile, Joan with her daughter in her arms tries to catch up with Francis on the road to Paris. When she arrives at their palace in Paris, she's met by the constable instead who forces her to annul her marriage to Francis, who weds the natural daughter of the king Henry II.