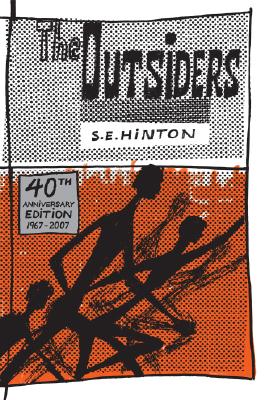 First published by Viking in 1967, The Outsiders immediately resonated with young adults. This groundbreaking novel was like nothing else out there?it was honest and gritty, and was a deeply sympathetic portrayal of Ponyboy, a young man who finds himself on the outside of regular society. Forty years later, with over thirteen million copies sold, the story is as fresh and powerful to teenagers today as it ever was.
Celebrate the fortieth anniversary of a classic with this stunning edition, featuring the original cover.

The Outsiders was written when the author was 16 years old. It's a coming of age novel like no other because it was written by someone who was living and experiencing the class vs gang culture of the 1960's. The book is written from the point of view a 14 year old boy by the name of Ponyboy. Ponyboy and his two older brothers, Sodapop and Darrel (Darry) had been living on their own since the death of their parents about six months prior to the beginning of this story. The life-changing events all begin with Ponyboy walking home alone from the movies, and he is jumped by a group of Socs (Socials), who supposedly lived on the right side of the tracks, while Ponyboy and his gang of greasers lived on the wrong side of the tracks. The rivalry between the two groups is of long-standing, and it's been violent. This book is so realistic and so darn believable, because this is what it was like in 1960's America. Young people joined different gangs and groupsin order to feel that they belonged and that they mattered to someone. It is still like that today, and that is why this book is so timely. The Outsiders has become an important book because it has the power to change people's lives. It falls under the Young Adult genre, but can be read at any age. There is violence, hate and prejudice here, but there is also hope, love, freindship and loyalty. A remarkable achievement for a 16 year old girl to write such a book as this, and it has endured over the years because of her gift for writing and becuase of her prodigiious talent. 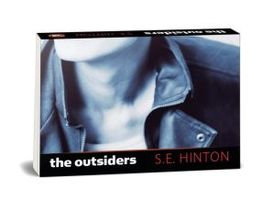 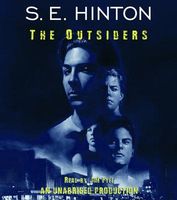 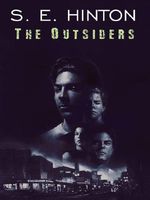