The Other Half of Me — Emily Franklin 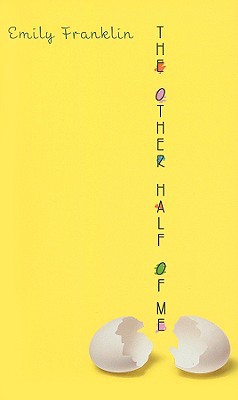 JENNY FITZGERALD HAS been outside the huddle, trying to fit in to her sports-obsessed family. The only time she knows the score is when she's holding an egg-carton palette and painting on a canvas, but even then she feels as though something is missing.

Unlike her three younger siblings, Jenny knows her biological father only as Donor #142.

As Jenny's 16th summer draws to a close, she feels more alienated than ever. But then a chance meeting with gorgeous über-jock Tate leads Jenny to reach out to someone else who might know exactly how she feels. With Tate by her side, Jenny searches for a genetic relative in the Donor Sibling Registry and discovers that she has a half sister, Alexa. Jenny hopes their budding relationship will fill the gaps in her life, but when Alexa shows up on her doorstep for a surprise visit, the changes in Jenny's world are much bigger than she could ever have imagined.
Reviews from Goodreads.com