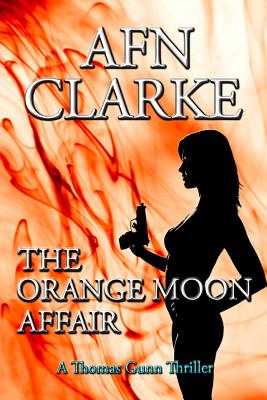 Share:
Thomas Gunn (ex-Special Forces) and his partner Julie are running for their lives. Who are they running from? And why? It all starts when Thomas decides to investigate the mysterious murder of his wealthy industrialist father. Billions have been funneled into a secret project that his father's company no longer controls. A project he desperately needs access to. But when he's stonewalled by UK officials and nearly killed in the U.S., he goes on the attack. Joining forces with MI5 he uses his old skills in covert operations to relentlessly pursue a tangled web of clues across 3 continents. There's got to be a link between the project in Northern Ireland, a microelectronics company in the U.S. and heavily fortified submarine base in Estonia. He just has to find it!
With Julie's help and that of her computer expert father, the pieces start to fall into place until they expose an international conspiracy that could destabilise democracies around the world. This explosive revelation throws Thomas and Julie into the path of an unknown enemy with more power and influence than they could ever imagine. An enemy out to destroy them!
But who are these ruthless conspirators that wield such unimaginable power? How are they connected to his father? And what dark secrets from the past will Thomas uncover, in his relentless quest for the truth? This "gripping", "thought-provoking", "hard to put down novel" by a "master storyteller" keeps you on the edge of your seat and guessing to the very last page!
As the son of an MI6 operative, a former officer in Britain's elite Parachute Regiment, a pilot, yachstman, race car driver and bestselling author of "Contact", AFN Clarke brings his own unique and eye-opening experiences to this first book of the Thomas Gunn thriller series that's fast -paced, thought provoking and frighteningly real.
AUTHOR INTERVIEW
Why do you think this series has been so well received by readers worldwide?
AFN Clarke: I think it's because from page one, Thomas's world becomes their world! He’s a caring, compassionate man who’s found love and wants to leave his old life behind him. But when something dramatic and deeply personal shakes him to the core, the only way he knows to right a wrong, expose a crime or bring an enemy to its knees is to go back to who he once was – a Special Forces officer, skilled in assassination, covert operations and international espionage. The problem is, at what cost?
I think readers also appreciate the strong female protagonists essential to the series. Whether motivated by good or evil, they are powerful, independent-thinking women, whose strength of character, insights, skills and intelligence directly determine how the action unfolds.
THOMAS GUNN THRILLER SERIES BOOK CATEGORIES
Each book in the series has its own themes with specific genres as listed below. Throw into the mix the secret agendas of intelligence agencies like MI5, MI6, the FBI, CIA and the manipulation of power by corrupt individuals and you have a heart pumping recipe for compelling plots, explosive action and the thought provoking blurring of lines between fiction and reality.
• Mystery, Thriller and Suspense Series • Political Thrillers • Financial Thrillers • Techno Thrillers • Murder Mystery • International Mystery and Crime • International Espionage • International Conspiracy • Special Forces Fiction • MI5 • FBI Conspiracy