The Open Conspiracy and Other Writings — H.G. Wells 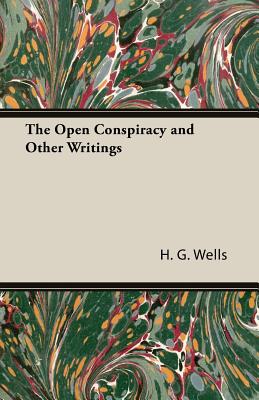 This volume contains H. G. Wells's 1928 work, "The Open Conspiracy: Blue Prints for a World Revolution". Wells describes the book as a “scheme to thrust forward and establish a human control over the destinies of life and liberate it from its present dangers, uncertainties and miseries." The text suggests that, thanks to scientific advancement, a world "politically, socially and economically unified" is being established by educated and influential people which could be the foundation of "a world revolution aiming at universal peace.” This fascinating and thought-provoking treatise will appeal to those with an interest in utopian literature, and it is not to be missed by fans and collectors of Wells’s work. Herbert George Wells (1866 - 1946) was a seminal English writer whose notable works include "The War of the Worlds" (1897) and "The Time Machine" (1895). Many vintage texts such as this are increasingly scarce and expensive, and it is with this in mind that we are republishing this book now, in an affordable, high-quality, modern edition. It comes complete with a specially commissioned biography of the author.
Reviews from Goodreads.com