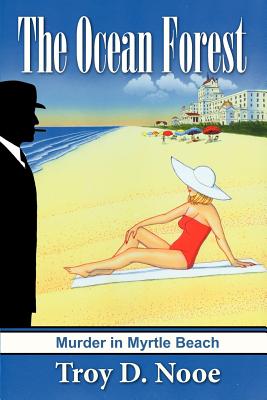 
Shamus Award Nominee in 2012 MURDER IN MYRTLE BEACH Frankie McKeller hates the beach. He has ever since that day on the one they called Omaha. If the guy who saved his life during the war wasn’t getting married he’d never have made the trip to Myrtle Beach, South Carolina. As a low budget gum shoe out of Baltimore, he isn’t prepared for a weekend of hobnobbing with the Southern elite. When a prominent wedding guest is found with a bullet to the brain, the six week course he took in private investigation proves lacking as well. Frankie is out of his element at the exclusive Ocean Forest Hotel, snooping and stumbling his way through his first ever murder case. In three days at the beach he is seduced by a sultry debutante, threatened by a controlling father and roughed up by a mysterious henchman running muscle for the rich and privileged. The deeper he wades into the mystery the more things keep pointing back to his best friend and he is forced to come face to face with his own ghosts and demons. Torn between seeking the truth and protecting his friend, Frankie slowly begins to uncover clues as he’s dragged deeper into an undertow of crooked land deals, secret alliances and forgotten family skeletons. Southern tradition meets old school mystery in this twisting tale as rival families attempt to alter the course of what will become one of America’s top vacation destinations.