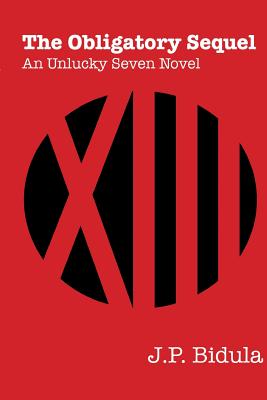 Still want those superpowers we talked about? On the heels of Unlucky Seven comes the slightly anticipated follow-up, The Obligatory Sequel. If you have to ask why the sequel is titled this way and why it is, in fact, obligatory, then stop, look one stack over, and buy the first book as well because you probably haven’t read it. J.P. Bidula’s Unlucky Seven series continues into its second book with your favorite superpowered slackers carrying on twice as witty, twice as cynical, and something else that deals with doubling up because, hey, that’s what happens when you promote a sequel, right? Double everything, isn’t it? I mean, I can tell you for sure there’s at least double if not double double the super powered action as there was in the first one. Maybe double double double. Picking up where the last book left off, SPOILER is still SPOILERED, SPOILER is still SPOILERED, and SPOILER is SPOILERING some SPOILER in the SPOILER. I hate books that list synopses in the description. Come on, you loved the first book in the series, you know this one is going to be just as funny if not funnier. I’m still going with the logline of Arrested Development meets the Avengers because that’s really the best way to describe it in one sentence. All the self-aware, sarcastic, pop-culture humor that made you laugh out loud the first time is back! I mean, different jokes. Like, funnier jokes. I swear I didn’t write the same book. This one is, like, totally different with all new material unlike some of those other sequels that play you the same old tune over and over. Get ready for a… I don’t know… is high-octane, laugh-a-minute, thrill-ride too stereotypical? Yeah, maybe just get ready to read a pretty decent book.
Reviews from Goodreads.com