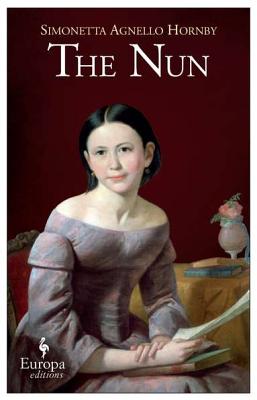 Share:
Winner of the Italian PEN Prize: a tale of illicit love and a girl forced into a convent in the early nineteenth century.

1839, Messina, Italy: Agata is the daughter of an aristocrat, albeit an impoverished one, and she has fallen in love with wealthy Giacomo Lepre. Their families, however, view their romance as unacceptable and tawdry―and when Agata’s father dies, her mother decides to ferry her daughter far away, to Naples, where she hopes to garner a stipend from the king.
The only boat leaving Messina that day is captained by young Englishman James Garson. Following a tempestuous passage to Naples, during which Agata confesses her troubles to James, Agata and her mother find themselves rebuffed by the king, and Agata is forced to join a convent. The Benedictine monastery of San Giorgio Stilita is rife with rancor and jealousy, illicit passions and ancient feuds. But Agata remains aloof, devoting herself to the cultivation of medicinal herbs, calmed by the steady rhythms of monastic life. She reads all the books James sends her and follows the news of the various factions struggling to bring unity to Italy.
She has accepted her life as a nun, but she is divided between her yearnings for purity and religiosity and her desire to be part of the world. And she is increasingly torn when she realizes that her feelings for James, though he is only a distant presence in her life, have eclipsed those for Lepre . . .

“Hornby enriches her story with sensuous details of food, fashion, furnishings, and the rules of an extravagant society, savoring local color and personality quirks.”―Publishers Weekly

“An historical novel, a coming-of-age novel, a perfect portrait of family dynamics, The Nun also gives us, in Agata, an unforgettable heroine.”―Gazzetta di Mantova