The Night of the Comet — George Bishop 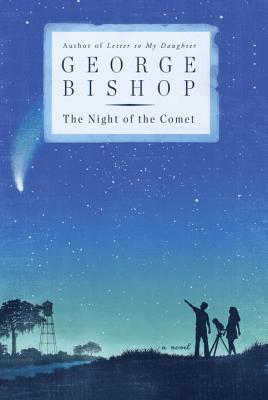 From the acclaimed author of Letter to My Daughter comes an engrossing coming-of-age tale that deftly conveys the hopes and heartaches of adolescence, and the unfulfilled dreams that divide a family, played out against the backdrop of a small southern town in 1973.

For his fourteenth birthday, Alan Broussard, Jr., receives a telescope from his father, a science teacher at the local high school who's anxiously awaiting what he promises will be the astronomical event of the century: the coming of Comet Kohoutek. For Alan Broussard, Sr.--frustrated in his job, remote from his family--the comet is a connection to his past and a bridge to his son, with whom he's eager to share his love for the stars.

But the only heavenly body Junior has any interest in is his captivating new neighbor and classmate, Gabriella Martello, whose bedroom sits within eyeshot of his telescope's lens. Meanwhile, his mother Lydia sees the comet--and her husband's obsession with it--as one more thing that keeps her from the bigger, brighter life she once imagined for herself far from the swampy environs of Terrebonne, Louisiana. With Kohoutek drawing ever closer, the family begins to crumble under the weight of expectations, and a startling turn of events will leave both father and son much less certain about the laws that govern their universe.

Illuminating and unforgettable, The Night of the Comet is a novel about the perils of growing up, the longing for connection, and the idea that love and redemption can be found among the stars.
Reviews from Goodreads.com