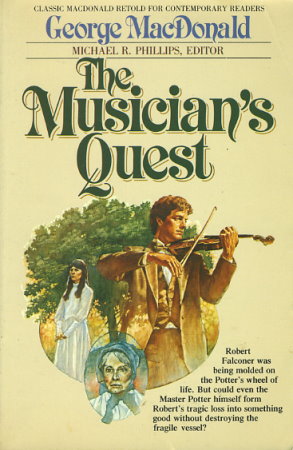 Robert Falconer, who appears briefly in THE TUTOR'S FIRST LOVE, is the main character in this compelling story of a young man's search for meaning to life and spiritual reality.

Robert's mother had died when he was very young. His father, overwhelmed with grief and responsibility, eventually disappeared, leaving Robert to the care of his austere, very strict grandmother. In her sincere yet misguided devotion to God, she is constantly on guard against any weak characteristics from her wayward son which might appear in her young grandson. Will his sensitive nature be permanently marred by the harsh realities of life under her domination?

His friendship with Mary is one of the bright spots in his life during those dark years. The dim memory of his father continues to haunt Robert. Is he still alive? Will Robert ever know for sure?