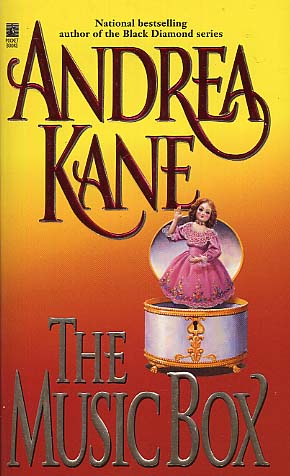 Be transported back to Victorian England where an orphaned beauty and a duke's illegitimate son find their destiny amid a web of passion, manipulation, and danger.

Gabrielle Denning, the sheltered ward of Lady Nevon, grew up in an almost magical place, an estate where society's outcasts were treasured and the ruling spirit was love. It almost made her forget the terrifying night when an unexplained fire killed her parents, leaving her with only a music box to remember them by. But her idyllic world is about to change, as the bastard son of Lady Nevon's brother maneuvers his carriage up the manor's drive.

Outcast by his titled father, Bryce Lyndley has nonetheless flourished, becoming a renowned barrister ruled entirely by his principles. The meeting to which he has been summoned at Nevon Manor, however, could transform his life-and warm his heart. Amid unfolding secrets, his life and Gaby's will touch, awakening emotions as profound as the richest symphony. But if happiness is to be theirs, Bryce and Gaby must uncover a mystery from long ago, reawakened by the haunting notes of Gaby's music box...or lose all they cherish to treachery. heartbreak, and a murderer's nefarious plan.
Reviews from Goodreads.com