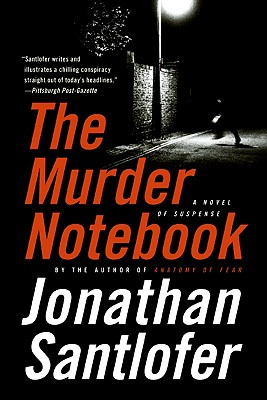 Jonathan Santlofer once again combines his extraordinary talents as both a writer and an artist in this second chilling thriller featuring NYPD forensic sketch artist Nate Rodriguez. Though plagued by the death of his father years ago, Rodriguez has little time to dwell on the past. A rash of seemingly unrelated murders holds New York City in a gridlock of terror, and with his reputation for having a sixth sense--an uncanny ability to draw things he hasn't even seen--Rodriguez lands a spot on the task force investigating the crimes. But with his mind's eye clouded, he's forced to search for an answer the old-fashioned way: by hitting the streets.

Rodriguez begins to suspect a common thread between the victims, confirmed when more bodies turn up--those of the killers themselves. As the slayings continue, the link between the crimes comes into focus and Rodriguez must convince the NYPD that they are up against something bigger--and more heinous--than anyone ever suspected.

The Murder Notebook is a smart, innovative suspense novel with a terrifying, ripped-from-the-headlines urgency. Where is the line between advancement and criminality in matters of manipulating the human psyche? What would happen if someone were no longer able to feel fear? With his unique blend of gripping prose and original sketches, Jonathan Santlofer has crafted a tale of morality and duty, love and justice, that is as shocking as it is timely.
Reviews from Goodreads.com 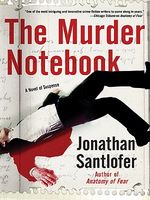